The Tree Man of Holbox Island

Posted on April 6, 2016 by writedesigner

I was touring Holbox Island on my bike. I just had to stop. The signs were so intriguing: “Adopt a Tree” in more than a dozen languages and “Vivero Plantas Endemicas” (garden center for native plants).

I got off my bike and went inside.

There I met Vicente Caceres. With his minimal English and my very basic Spanish I learned a lot about the ecology of the island and what he’s doing to protect and enhance it.

Vicente grows a lot of plants, tropicals and succulents. But mostly trees. He is the Tree Man of Holbox. The palm tree, to be exact. Two kinds of palms grow in the Mexican Caribbean, specifically in the Yucatán peninsula, he told me. There is the palma kuka, with its typical long, single stem, like the ones below. 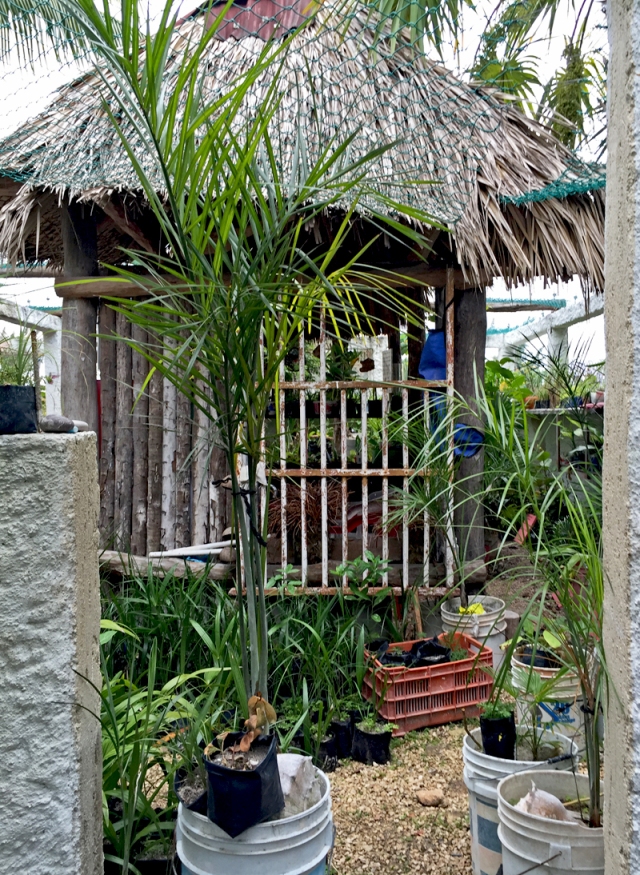 And there’s the palma chit, with its fan-shaped fronds, like the young plant below, almost ready to transplant. Both are slow-growing. 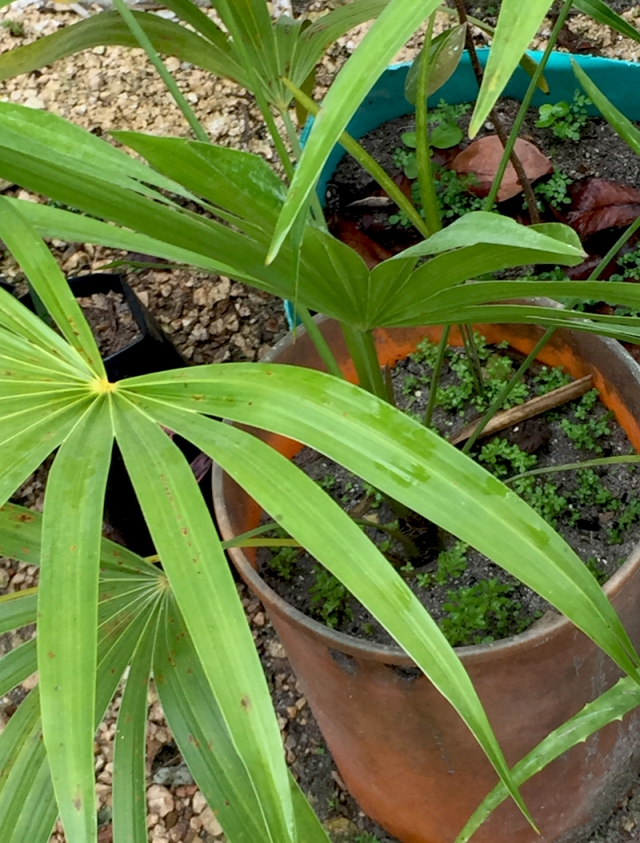 Vicente has patience. He has grown many, many trees from semillas, seeds he’s harvested, collected and planted. 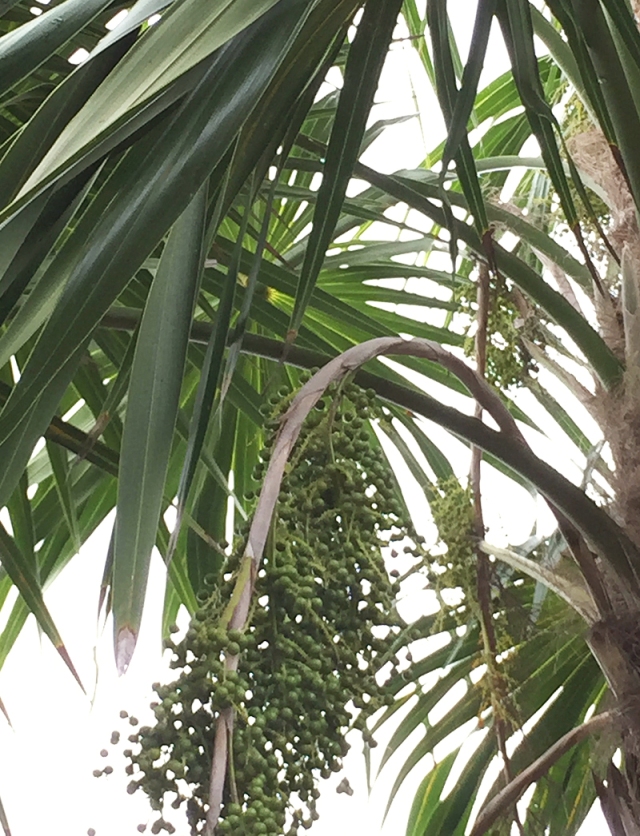 It takes three years, he explained, for tiny seedlings to grow large enough to transplant. They do, under his care. Over the past three years, Vicente has propagated and planted more than 1,000 trees in public places all over Holbox: parks, schools, cemeteries, sports fields, plazas.

You, the visitor, can be part of the process. You donate some pesos and Vicente scoops compost he makes from seaweed (there’s lots of that around), coffee grounds, etc. into a pot he fashions from plastic cut from a recycled trash bag. Then he pokes a hole in the compost, transplants a tiny seedling, and paints your initials on the bag with pink nail polish. 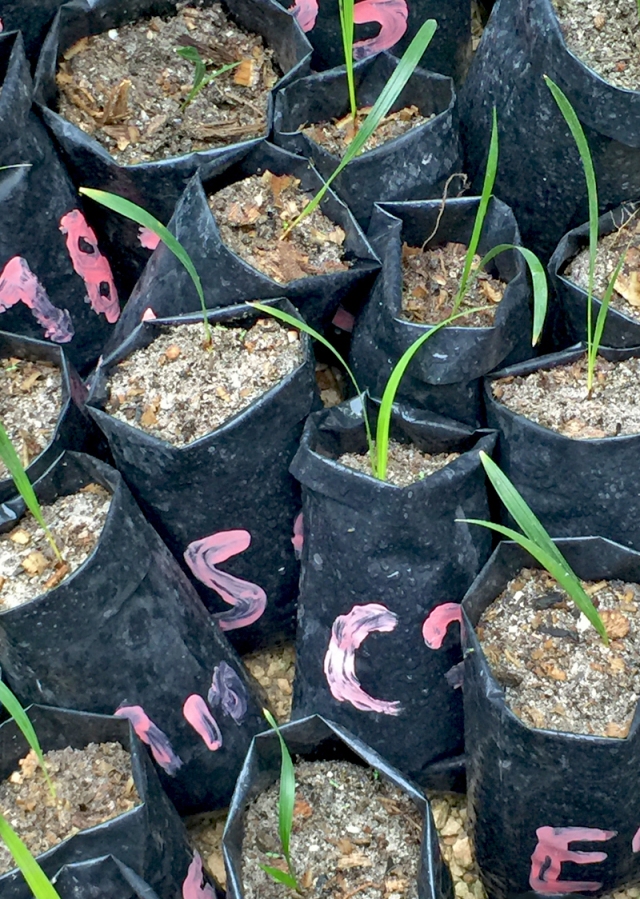 There’s mine in the lower right corner, with the ‘E’. I hope it grows up strong and healthy like the ones in the picture below, and that it ends up shading a field where the kids play soccer. But anywhere on the island will be fine.

Next time you’re in Holbox, stop by and adopt a tree. The name of the place is Yumil Ka’an, which means “Lord of the Hammock” (there are a lot of hammocks on the island, and I hope Vicente stops working long enough to rest in one of them.) You won’t need a map. Just follow the roads and paths and you’re sure to meet him and get the tour yourself. And if you can’t make it there, his Facebook page is Holbox Viveroyumil.

Graphic designer, writer, and gardener Ellen Shapiro is based in Irvington, New York. A frequent contributor to design blogs and magazines including Print, Imprint, Salon.com, Communication Arts, and Etapes, she writes about trends, issues and personalities in design, illustration, photography, and visual culture around the world.
View all posts by writedesigner →
This entry was posted in Conservation, Horticulture, Nurseries and Garden Centers, Travel-Mexico and tagged Holbox Island, Quintana Roona Roo, Yucatan, Yumil Ka’an. Bookmark the permalink.